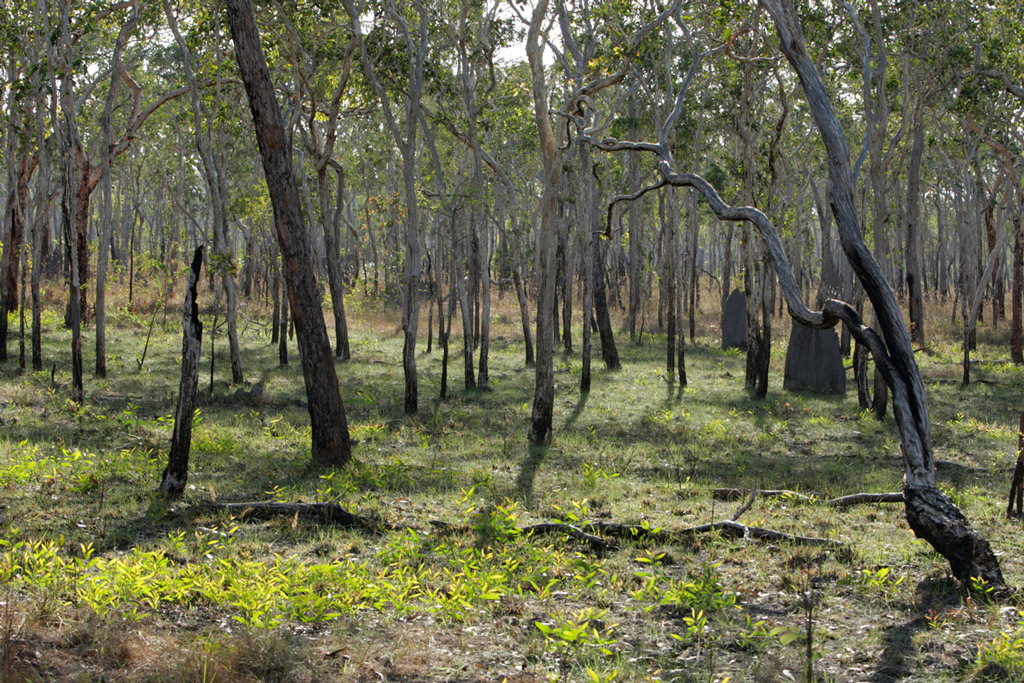 Gurka’wuy – A small village on the Northern shores of the expansive harbour of Trial Bay with Stringybark forested hills behind.

Wuyal – The ancestral honey hunter’s journey from the stone quarry at Ngilibidji through Marrakulu country and on to Nhulunbuy ties them to other Dhuwa clans. Bees, Native cat, Stringybark blossum, Frilled neck lizard are all part of this freshwater matrix.

Mosquito – is a theme connected to night time ambush by warriors, boils and sickness.

One of Thomson’s 1937 pictures shows Wawit (later in 1942 one of the members of his NT Special Reconnaissance Unit) at Matarawatj with Mundukul. His son, Munuparriwuy, (a 1963 Yirrkala Church Panels artist) is father to two current artists, Garawan and Yilpirr. One of Ian Dunlop’s major collaborators in the Yirrkala Film Project was Dundiwuy Wanambi who was the most successful Yolngu artist of the 80’s and early 90’s. His daughter Wolpa is also an award winning artist. Also appearing in this series of films and photographed by Thomson was Mithili whose children Wukun, Boliny, Ralwurrandji and Yalanba are well known as artists. Following Dundiwuy’s death in 1996 Gurka’wuy has only been intermittently inhabited. With allied clans the Marrangu and Dhapuyngu sharing the Wanambi surname there are many Wanambi’s from Groote through Yirrkala to Gapuwiyak.