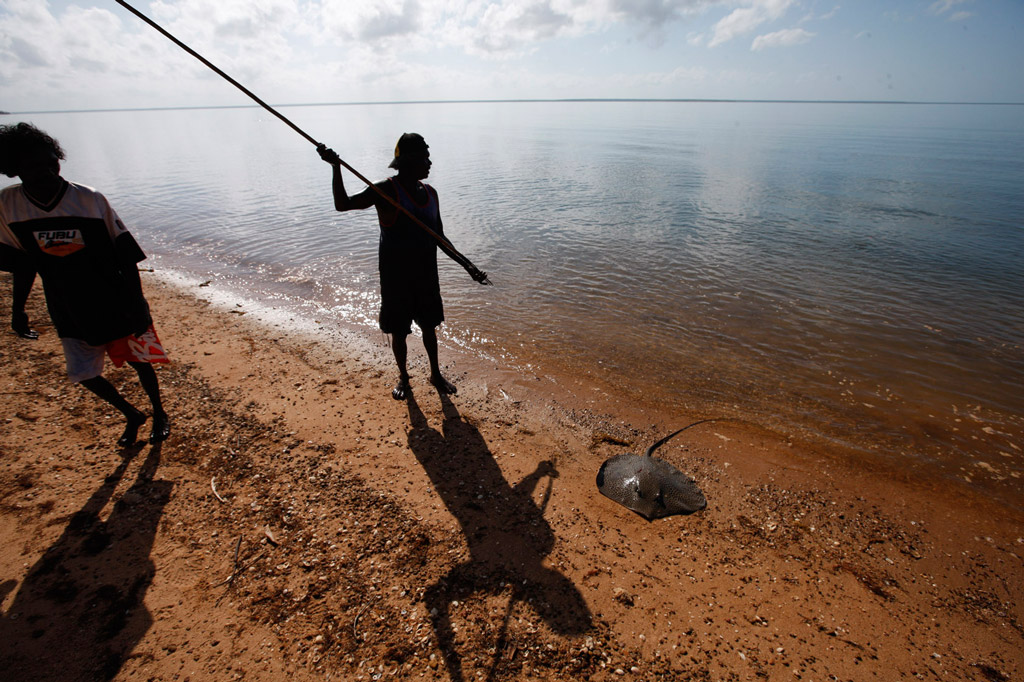 Yangunbi – Set amongst wetlands rich in water chestnut and mangroves rich in stingray on the Western shore of Melville Bay near the mouth of the Giddy River.

Djanda – is a water goanna which embodies the Two Sisters at the freshwater spring site of Darrawuy. Buwata or Plains Turkey is an associate. They can also be shown as Dhangultji or Brolga.

Warrukay – is Barracuda which protects the saltwater of Ngalkanbuy but can pass into freshwater estates. Its bared teeth summon the power and fury of Ngaymil warriors.

The Ngaymil are a relatively small clan and the saltwater arm has no living members. They are very closely allied spiritually with the Datiwuy who even share the same surname. Their great artist Mowarra died in 2005.

Larrtjanga Ganambarr was a Yirrkala Church Panel artist and a significant artist from the early 60s until his death. He established Yangunbi homeland and played a significant role in relevant Yirrkala ceremony.

Gunybi Ganambarr winner of the 2008 Xstrata Emerging Indigenous Art Award has spent his entire life at Gangan and generally works from his mother Dhalwangu clan law. He is the only well known living Ngaymil artist.